A while back, I was looking for a new Lamb Vindaloo Curry recipe to try and came across this one by the Hairy Bikers.

Having enjoyed some of their other curry recipes previously, I was intrigued as to how authentic their version of an easy Lamb Vindaloo would be. END_OF_DOCUMENT_TOKEN_TO_BE_REPLACED

This recipe happens to be my favourite “from scratch” Chicken Vindaloo Recipe!  It’s one  that I stumbled upon in an old recipe book that was loaned to my wife by a friend some time ago.

In fact I cannot remember whose (if anyone in particular) this recipe started life as, but over time, I’ve fiddled and changed a few ingredients and quantities and come up with what I think is the hottest and best Chicken Vindaloo Recipe. 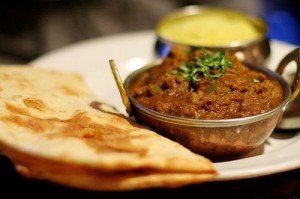 The Vindaloo itself, originated in the Indian region of Goa and it is derived from a Portuguese dish known as “Vinha De Alhos” which translates as “wine and garlic”.  The Portuguese dish was effectively a wine and garlic based stew which was typically made with Pork and served around Christmas time.  However, after the dish was introduced to India, it changed rapidly to what we now know as the Vindaloo with the introduction of chillies and different Goan spices.   END_OF_DOCUMENT_TOKEN_TO_BE_REPLACED