When it comes to Indian cuisine, there is no shortage of delicious, flavour-packed dishes to choose from.  Among the many mouth-watering options available, Chicken Tikka Chilli Masala is a dish that is sure to please.

I first tried this at the Cinnamon Lounge in Rishworth a few years ago one Christmas. We were there with some some friends, and I saw it on the menu.  Initially I was tempted by the chillis, but was put off by the Tikka Masala element.

Anyway, one of our party ordered it and we all had a try and I have to say it was fantastic – I normally like curries slightly hotter and it certainly was that….

What is a Chicken Tikka Chilli Masala?

This hearty dish is made by marinating chicken in a mixture of yogurt and spices, then cooking it in a chili and tomato-based sauce. The result is a dish that is packed with flavour and perfect for any Indian food lover. Chicken Tikka Chilli Masala is a great dish to enjoy on its own or to serve as part of a larger Indian feast.

If you are looking for a dish that is sure to impress, look no further than this authentic Chicken Tikka Chilli Masala recipe – Your taste buds will thank you!

At it’s core it’s a much more spicy Chicken Tikka Masala (not to be confused with Murgh Makhani).  If you didn’t already know, according to wikipedia, Chicken Tikka Masala was first created (most likely) in the 70s and depending upon which story you want to believe, in either Glasgow or London using chicken tikka and a curry sauce based on tomato soup.

It was supposedly created by a Bangladeshi chef who wanted to appease a customer who complained that his chicken tikka was too dry!

But which ever version is true, this recipes takes your average everyday Chicken Tikka Masala and gives it some bite… 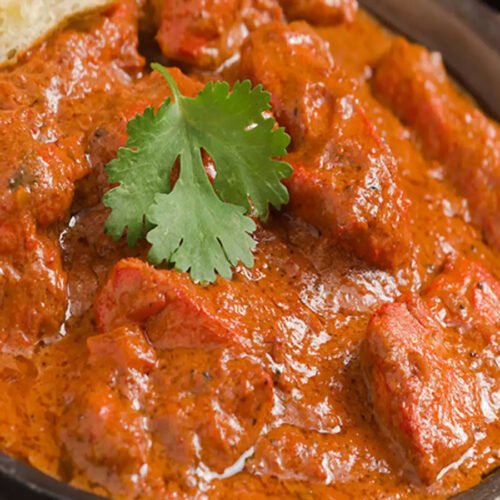 You can substitute the cream for a low calorie crème fraîche which tastes just as good. I love to eat this with a garlic and coriander naan bread or just with some basmati rice.

Calories: 550kcal
Keyword Chicken, Curry, Chilli, Masala, Tikka
Tried this recipe?Let us know how it was! 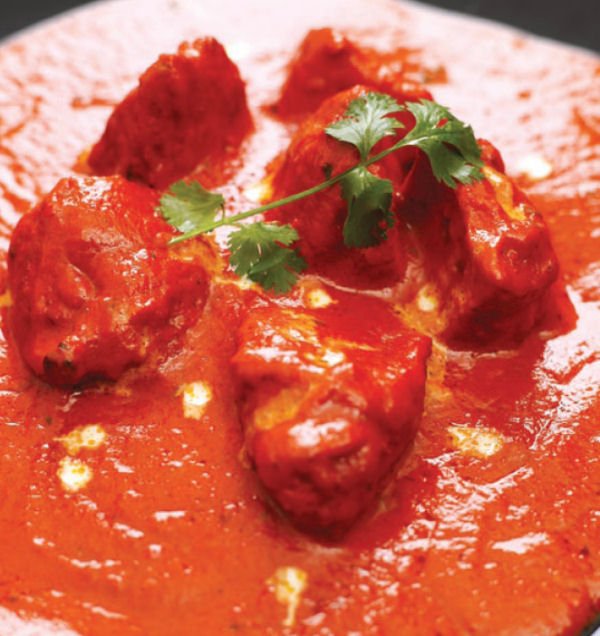 What Does Chicken Tikka Chilli Masala Consist of?

It’s fundamentally a Chicken Tikka Masala, but with more chilli to give it more of a kick

What’s the difference between this and Chicken Tikka Masala?

Why is the UK’s National Dish Chicken Tikka Masala?

What is Tikka in Tikka Masala?

Tikka is a type of Indian cuisine that typically consists of chicken or lamb that has been marinated in a yogurt and spice mixture and then grilled or baked. The word tikka means “bits” or “pieces” in Hindi, and refers to the small chunks of meat that are used in this dish. The most common spices used in tikka are cumin, coriander, garam masala, and turmeric. Tikka can also be made with fish, paneer (a type of Indian cottage cheese), or vegetables.

Yes it most certainly is, but how spicy it is will depend on the amount of chilli you add.

Is this also know as Chicken Chilli Masala ?

Yes it is, but the Chicken Chilli Masala is slightly easier to make as it uses unprepared chicken as apposed to Chicken Tikka

Thanks for reading this recipe about Chicken Chilli Masala!

I hope you love the recipe as much as I do!

My authentic Butter Chicken Recipe is similar to a Chicken Tikka Masala and why not make some Spicy Raita Sauce to go with your curry?